I Would Do Anything for Love 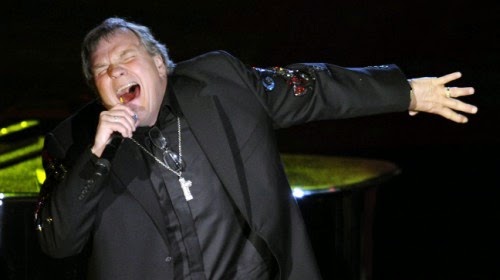 The other day was my birthday. Perhaps you’ve had a birthday in the Facebook age…it’s pretty wonderful. Since Facebook goes to the trouble of reminding all of your “friends” that it’s your birthday, you get little “happy birthday!” notes all day long. They come from close friends whom you see and talk to all the time, they come from acquaintances that you relate to occasionally, and they come charging up out of the mists of time, from people you haven’t thought about since junior high school.

Like I said, it’s wonderful. But it shouldn’t be.

I’ve spent a lot of time writing over the years about the importance of the internal side of life (intentions of the heart) over and above the external side (actions).  One of the examples that always comes into my head is the dutiful weekly phone call home to your mother. She can tell when you’re only doing it because you know you’re supposed to, and it sort of ruins anything that might be gained from the conversation in the first place. Isn’t it powerful, though, when you call because you genuinely want to? That’s where a real relationship can be found. Jesus talks about this phenomenon a lot, perhaps most notably in calling the Pharisees “white-washed tombs” (they look bright and presentable on the outside while harboring evil intentions on the inside) and in his story of two sons who are asked to work by their father. The son who is finally commended is the one who refuses to work, but eventually has a change of heart. For Jesus, the heart is the thing.

When someone’s heart isn’t in something, everyone can tell, and it ruins everything. Have you ever had “the mood” ruined? Of course you have. There’s just no faking it.

So why does my Facebook birthday make me feel so good? I know that many of the people who wished me a happy birthday only thought of me because of a prompt that flashed up on their screen when they logged in to check on their real friends. In other words, despite the fact that I know that many of my “happy birthdays” are of the white-washed-tomb variety, they still please me to no end. It shouldn’t be that way. If I’m being consistent, the notes from these long lost relationships should only serve to remind me that these people couldn’t take the time to connect with me until Facebook shoved me into their face. They should remind me that I haven’t made the effort to connect with them, either. In a vacuum, it seems as though the outpouring of good whishes on my Facebook birthday ought to make me feel terrible. But it doesn’t.

As I’m sure you’ve guessed by now, the answer lies with Manti Te’o. Remember him? Te’o was the Notre Dame football player (now in the NFL) who had the imaginary girlfriend who "died"—making him a short-lived heroic figure—a couple of years ago. Te’o’s mental suitability for the NFL was questioned when the full story came out. After all, how could someone fall for such a scam: hours on the phone with what turned out to be a man, Skype conversations where “the camera broke,” plane trips from Indiana to Hawaii to meet only to find that she was “too busy” to get together, and so on? How could someone be so obtuse?

Here’s the answer: we would do anything for love. Full stop.

Manti Te’o was ready to believe any ridiculous excuse or story because he thought his girlfriend loved him. I’m ready to believe that each of my Facebook friends genuinely remembered me on my birthday because it makes me feel loved. We would do anything for love, Manti Te’o and I, and we would do that.

Here’s the kicker: our truest friend, the friend of sinners, doesn’t ask us to do anything. Though we would do anything for love, and spend our lives trying to win it, earn it, and possess it…looking for it in a thousand different places—all smaller than Jesus—he is there when we exhaust ourselves. When it all turns out to be a hoax, he is there. When it is revealed that no one really remembered our birthday, he is there. When we desperately want love but are totally undeserving of it, he is there.  He is there.

In the end, Meat Loaf was wrong, at least where Jesus is concerned. Meat Loaf claimed he'd do anything for love, but he wouldn’t “do that.” With Christ there are no exceptions—not even the ignominy of the crucifixion. Jesus did everything for love, for us.
Posted by Nick Lannon at 3:37 PM