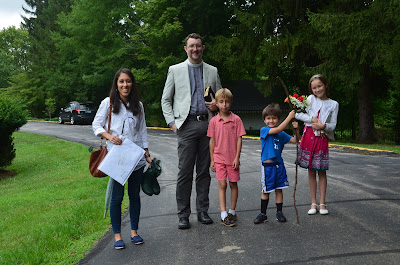 Nick is a 2000 graduate of the University of Arizona and a 2007 graduate of Trinity Episcopal School for Ministry, having studied Communications and Religious Studies while at Arizona and Systematic Theology and Ethics at Trinity. An avid movie-watcher, reader, and all-around couch potato, Nick is fascinated by the intersection of the Gospel and everyday life.

Ordained in 2007, Nick has pastored churches in Jersey City (NJ), Denville (NJ), and Louisville (KY). He has served as Editor-in-chief and Director of Content, Research, and Writing at LIBERATE, the former resource ministry of Tullian Tchividjian, with whom he co-authored It is Finished: 365 Days of Good News. He is also author Life is Impossible...And That's Good News. Nick currently serves as pastor of Grace Anglican Church in Louisville, Kentucky.

Nick grew up in northern Virginia and lived there until going to Arizona in 1996, harboring naïve fantasies about playing on the basketball team. He currently lives in Louisville with his wife Aya and three children: Hazel, Patrick, and Charlie. He is available to contribute writing as well as for speaking or preaching engagements. Nick has spoken to groups in Florida, New Jersey, Arizona, California, and Maryland, among other places. Contact him HERE.