A More Powerful "I Love You" 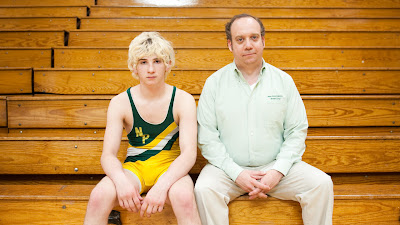 “I love you” is a phrase of well-known power. I mean, it almost feels like neither Huey Lewis nor Back to the Future would exist in any meaningful way if love didn’t have power. The reason that characters in romantic comedies are so worried about saying these three words and about what the repercussions might be is that everyone knows these words have power.

So why is it that we continue to act as if “I love you” has no power at all?

Watch this short clip from the 2011 film Win Win, starring Paul Giamatti and Amy Ryan. In the scene, Giamatti has been caught in a major lie by Kyle (Alex Shaffer), and it threatens to totally derail their budding relationship (Kyle is estranged from his mother, and has been living in Giamatti’s basement).


The “I love you” changes everything, doesn’t it? Its power is undeniable. Its work, in effect, is to bring life out of death. A dead relationship becomes alive again. Yet despite the power, the only reason this clip rings true is because of the quality of the acting involved: several seconds before the clip begins, Giamatti’s character apologies to Shaffer, who says, “What, I’m just supposed to forgive you now?” This is more closely how humans commonly react when love is expressed toward the unlovable. It feels trite; forced. Worse, it feels manipulative.

Here’s why: we don’t believe that we can be loved. We acknowledge the words “I love you” have great power, and we swoon when Ryan Gosling says them to Rachel McAdams…but we can’t see ourselves in her shoes. In the romantic comedies we’ve seen, the jock doesn’t really fall in love with the girl until she’s had her stunning makeover (Look what happens when you take off her glasses and let her hair down…she was gorgeous this whole time!). We wish for a similar makeover, and so we work toward it.

God’s “I love you” can feel even more evasive than Ryan Gosling’s. His standards certainly seem higher. Rachel McAdams never had to turn the other cheek, did she? She didn’t have to love with all her heart, soul, mind, and strength, did she? These are the sorts of things we think are required of us for God’s “I love you” to apply.

The Good News is that God’s “I love you” is pronounced specifically to those who don’t deserve it. In other words, we don’t need a makeover to be loved by God. But it’s not a trite, forced, or manipulative “I love you” given in spite of or to help us conquer our flaws. God's I love you is not fake or forced because it is an “I love you” that says “I forgive you.” God’s “I love you” is based on the deserving of another: “God demonstrates his own love for us in this: while we were yet sinners, Christ died for us” (Romans 5:8). On the cross, Christ’s righteousness was given to us and our sin was laid upon him. God’s “I love you,” aimed at his perfect Son, is ours forever.
Posted by Nick Lannon at 11:30 AM