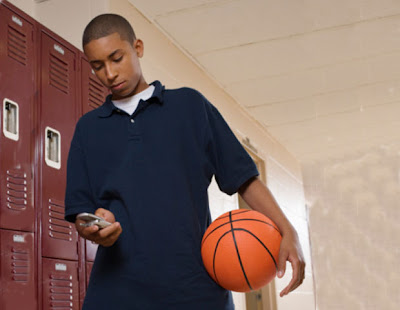 In his "Point After" column in the June 25 issue of Sports Illustrated, Phil Taylor (who is usually, and unfortunately, cut from the Rick Reilly cloth) wrote a short piece called "Thumb Wrestling for Recruits."  The subject is the intricacies of NCAA recruiting rules, and the changes thereto.  Until this year, college coaches were severely limited in their ability to contact recruits ("a phone call from once a month to twice a week, depending on the recruit's year in school").  Beginning a few weeks ago, all restrictions were lifted. Here's what Taylor writes:

I was prepared to hate the idea of a texting free-for-all. What would prevent college coaches, never models of restraint, from keeping every blue-chipper's phone on perma-vibrate? Despite the prohibition against sending even a single text, the Baylor men's and women's programs were nailed for sending more than 700 of them during a 29-month span, and former coach Kelvin Sampson was punished by the NCAA in 2006 and '08 for making hundreds of impermissible calls to recruits while at Oklahoma and Indiana. Some coaches obviously couldn't keep themselves from harassing prospects even when the reins were tight, so why turn them loose entirely?

This can't help but remind me of those classic Christian fears about the supposedly "antinomian" theology of grace. In other words, shouldn't we Christians be afraid that if people are told that no sin they commit can put them beyond the reach of Christ's saving work--even (gasp!) after they've become a Christian--won't they just start doing whatever they want?  Won't they go crazy?  Won't they take advantage of this allegedly "cheap" grace?

Players seemed to expect the worst, as well, and braced themselves last week. Jabari Parker, a 6'9" forward from Chicago's Simeon Career Academy who's widely considered the No. 1 recruit from the class of 2013 (SI, May 21), reportedly changed his cellphone number in advance. Keith Frazier, a 6'5" guard from Kimball High in Dallas, told USA Today that he would "take it one holler at a time." But the onslaught hasn't occurred, at least not yet. Austin Nichols, a 6' 8" forward from Memphis, tweeted that he received about 40 texts in the first 24 hours, a manageable number for a teen. Jahlil Okafor, a 6'10" junior-to-be from Chicago, didn't receive many texts over the first weekend because he's given only his father Chuck's cell number to most recruiters. "I got more Happy Father's Day messages than I ever have before," said the older Okafor, "but that's about it." 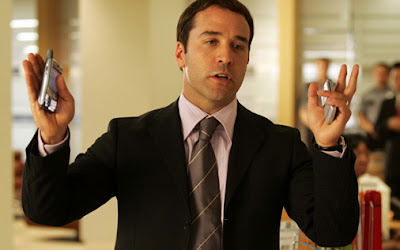 Amazing! Freedom has not created license, or chaos. Freedom seems to have created a positive culture of real relationship. "We had previously regulated ourselves away from relationship-building with these young people, unintentionally allowing third parties greater access than our coaches," says Missouri athletic director Mike Alden. The same is true in Christianity. "Regulation" (i.e. the Law) incites rebellion and produces chaos. On the other hand, a true understanding of the depth of Christ's sacrifice (i.e. that it's sure as heck not "cheap") almost never creates license. It almost always creates the very thing that "regulation" (i.e. the Law) wanted but didn't have the power to deliver: freedom and life.
Posted by Nick Lannon at 8:30 AM