The War on Christmas?

Stephen Colbert calls it "The Blitzkreig on Grinchitude", and it seems to come up every year.  Today I saw a Facebook friend had posted an extensive status update reminding everyone to say "Merry Christmas" rather than "Happy Holidays."  Last year, it was the American Atheists putting up a billboard (at the entrance to the Lincoln Tunnel) saying that Christmas is a myth and that during this season, we should "celebrate reason," an admittedly clever play on the oft-recited Christian claim that Jesus is "the reason for the season." 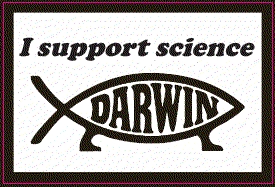 This year, it's the Leesburg, Virginia (Loundon County) Courthouse skeletal Santa.  In brief, a couple of years ago, a nativity scene was removed from the courthouse lawn due to concern about the separation of church and state.  A law was passed forbidding similar displays on the lawn.  However, that law was repealed, and a new rule was put in place: the first ten displays erected could stand throughout the holiday season, first come, first served.  Then this happened.  A skeleton, dressed as St. Nick, hung on a cross.  Yikes.  Put up by a local mother and son, the display was supposed to bring attention to how commercialism and materialism are "killing the peace, love, joy and kindness that is supposed to be prevalent in the holiday season."  The edifice was knocked over at some point, and lay on the ground for several hours before being collected.  The mother and son plan to re-erect their display soon.
Now, I'm no stick-in-the-mud.  Seriously.  I think this is hilarious:

But something about this display rubs me the wrong way, and I think it's the use of the cross.  I'm reminded of the atheistic/scientific (I guess) response to the Jesus fish that was once to prevalent on cars:  the fish with legs, which was, perhaps predictably, followed quickly by the more adversarial Jesus-fish-EATING-the-fish-with-legs.  How does the use of the cross, the most sacred of the Christian symbols (and the most inscrutable to atheists), advance the message of anti-materialism and pro-peace, -joy, and -love?  It seems that this mother and son are being a little disingenuous in claiming a non-antagonistic message here.  I don't really get their message at all, in fact.  Santa should be crucified as a symbol of materialism?  Talk about misinterpreting the cross...

So what of the war on Christmas?  The Blitzkreig on Grinchitude?  For me, Christmas is about celebrating the birth of the one who came to die for my sins, to reconcile me to God.  Christmas has come to mean many things to many people...Christians themselves borrowed pagan holidays for this and many other religious observances.  I believe things that other people think make me a fool.  People believe things that I think make them fools.  But the Bible (to use a debatably authoritative source!)  said that God chose the foolish things of the world to shame the wise (1 Corinthians 1:27).  As ever, I find myself wishing that people could just have a sense of humor about all of this and be willing to admit that they might be fools, like John Allen Paulos and the creators of Drop Dead Gorgeous (the source of the above clip) and unlike Christoper Hitchens, Richard Dawkins, and many of the residents of Leesburg, Virginia.
Posted by Nick Lannon at 10:56 AM