The following is a substantive repost from the popular Mockingbird Blog. This week has been a rough one for Scientologists, who suffered a bitter public renunciation from a higher-up and a bit of a meltdown by their official spokesman in front of Martin Bashir on "Nightline." Jeff Stockett offers the following reasons for the popularity of Scientology, despite what might be considered the crazy creation story. See the bottom of the post for video of the meltdown. Here are the reasons: 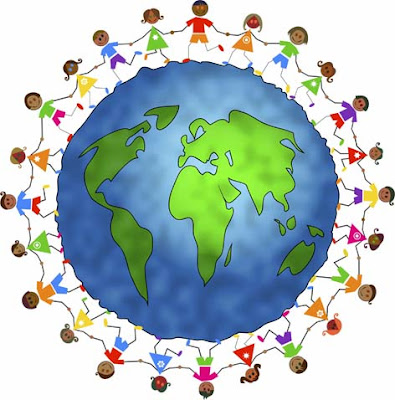 1) Scientology appeals to the human desire to connect. This is nothing new among religions. Human beings are intrinsically built for community and relationship, and as a species we have a general desire to gaininsight/understanding about our environment and surroundings. The teachings of Scientology provide a way for individuals to evaluate and connect with the world around them in a way that is explainable and measurable.
2) Scientology desires to help individuals confront past (and sometimes present) negative experiences and situations, which is a naturally appealing proposition. The CoS promotes the idea that through L. Ron Hubbard’s self-help counseling technique (called Dianetics or “auditing”(see below) one can come to grips with and move on from past traumas (called “engrams”). This idea of self-improvement is key, in my mind, to much of Scientology’s draw. In Scientology YOU are the one in control, and as you learn to siphon off these troublesome past experiences you become a stronger, freer, and more “Clear” being. For Scientologists, the goal is literally to create a new and better reality, which can only be achieved through the identification and elimination of these engrams. This concept, in principle, isn’t foreign among religions either, as using religion as a path to re-birth or enlightenment is an idea that has been around for centuries. 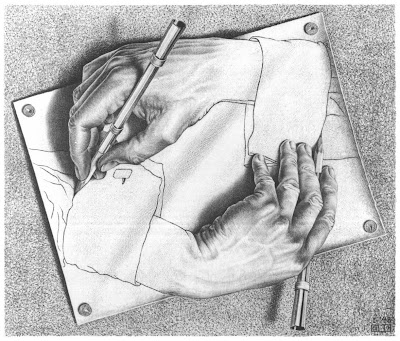 3) Scientology is naturally exclusive, in that the ability to progress within the community is attached closely to financial means. Much like a country club, not everyone has the resources to invest in Scientology, which limits high-ranking membership to the affluent and privileged. I’d venture to guess that this makes the CoS an appealing option to folks who DO have significant financial means, since they have the opportunity to join what one might consider an elite/celebrity community (it’s worth noting that L. Ron Hubbard developed an aggressive campaign specifically targeting celebrities for membership back in the 1950’s).
Essentially, the CoS has a pre-fabricated series of levels that one can reach by completing CoS courses. In this way, an individual’s progression through the ranks of the CoS is similar to how one obtains an academic degree: you pay your tuition, study the course materials, demonstrate subject mastery, and then are allowed to proceed to the next course. In that regard, the CoS appears to operate much like an educational institute, only without the ability to provide an accredited degree of any kind. This concept becomes particularly confounding when one considers that the cost of some individual courses can be in tens of thousands of dollars (coincidentally, the commercial success of the CoS led to the loss of its non-profit status in the U.S. (it was reinstated the IRS in 1993) and has prevented it from being recognized as a religious body in many other parts of the world). 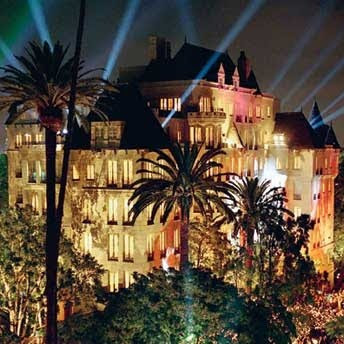 4) Scientologists have a built-in means by which to gauge their progress and success within the CoS. Success is dictated by each individual, and generally is restricted only by financial means (as noted above). The existence of measurable levels of achievement is contrary to many other faiths, and serves as an additional draw as it offers prestige, status, and measurable outcomes that an individual can control.(this is a picture of the Scientology "Celebrity Center" in LA)
5) Scientology incorporates the idea that one can secure “secret knowledge” about reality by progressing through the faith (not too dissimilar from Gnosticism or Buddhism). Again, much of the “higher level” teachings are held in strict confidence until one reaches a certain level/rank within the CoS. This makes obtaining that information more desirable for individuals.
Thanks, Jeff, for the great points.
Certainly, the structure of Scientology seems antithetical to the Gospel. Jesus didn't come to change sinners into righteous people (i.e. to clear away their Thetans) but to GIVE them his righteousness. All at once, once and for all. No program, no Celebrity Centre membership fee.
Here is the video I promised you earlier:
Posted by Nick Lannon at 9:32 AM