You Are God's Favorite 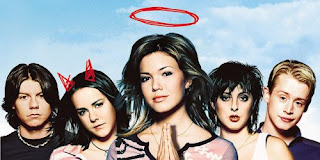 The Bible says that “every good and perfect gift comes from above, from the Father of Lights” (James 1:17). This is a beautiful sentiment. The truth on the ground, though, if you just open your eyes and look around the world, is slightly different. It’s more like “every good and perfect gift comes with a warning.” Every toy my kids get for Christmas has large warnings on the packaging about how this toy—or the plastic bag it comes in—might kill them. Every movie I see warns me about the questionable content it contains. The roller coasters I ride are “not recommended for pregnant women.” Every medication I take might cause a stroke. And have you ever paid a bill on the internet? Or updated your iTunes? Has anyone ever actually read the “agreement” in the little box before you check “I accept” and move on to the next screen? I clicked on it once, and it is pages and pages of warnings, promises not to sue, etc.  The message that the world seems to be sending us is: “Are you sure you want to do this?” Fast food restaurant chains have to post nutrition information on their in-store menus. “It’s delicious…but are you sure you want to eat this?” “This roller coaster is really fun, but are you sure you want to get on here?” “This toy looks like a good time, but are you sure you want to risk your child’s death?”

Peter, in his first epistle, says a similar thing: “If you invoke as Father,” he says, “the one who judges all people impartially according to their deeds, live in reverent fear during the time of your exile” (1 Peter 1:17). In other words, “If you want to get into a relationship with a God who judges people according to what they do, get ready to live in fear.” Peter is saying, “are you sure you want to do this?” This is a hard—and sort of unnatural—thing to hear from Peter, as we’re accustomed to thinking of a relationship with God as perfectly loving, and as an escape from fear, rather than a source of it. But what Peter is elucidating here is really the thing that makes a relationship with Jesus Christ so unique.

See, we think that we want impartiality. There’s a reason Lady Justice is always depicted as blindfolded. She’s holding the scales, but she’s supposed to be objective. She doesn’t judge by sight. Whichever side weighs the most, that’s the one she picks…she’s not supposed to be swayed by the people placing themselves—their accomplishments, their offerings—on the scales. She doesn’t care about their extenuating circumstances or the pleading looks in their eyes. She’s impartial. The good outweighs the bad? Reward. The bad outweighs the good? Punishment.

Peter is acknowledging that this is the natural human way to think. But he cautions us. “If you invoke as Father the one who judges all people impartially according to their deeds, live in reverent fear during the time of your exile.” “If you have a God who does this, who judges impartially, according to your deeds, you’re going to live in fear, not in peace.” 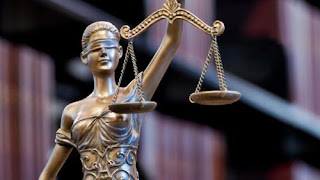 This is the fear that Peter is talking about. If we ask into our hearts a God who judges impartially, according to our deeds, a judge who looks at how we’ve lived our lives, we will always be worried. We will always have that little sneaking suspicion that God, who sees our hearts, and our hidden desires, and our attitudes, and the us that we hide from everyone else, will find the lives we led wanting. That sneaking suspicion is totally accurate, by the way. The lives we’ve led have been wanting.

If I had taken a survey, and asked you if you’d prefer God to be partial or impartial, I’d bet we’d all have said “impartial.” We think this is what we want in our judges. We get angry, and very self-righteous, when we think we see partiality. When Judge Judy—and yes, I spent a lot of time in college watching Judge Judy—when Judge Judy decided that she just liked one person better and ruled in their favor, it used to drive me crazy. When a co-worker gets preferential treatment, it annoys us. When we felt that one of our parents favored our sibling, it was a crushing blow. And the idea that God could be like this? That God would play favorites? Is there anything more hideous to our sensibilities?

We think that impartiality gives us a chance. If the game’s rigged, we could be left out, but if God is being fair, then maybe we could be okay. But impartiality is our death sentence. If God were to be fair, as Peter describes, and judge all of us according to our deeds, no one would be found acceptable. Our self-centeredness, our pride, our jealousy, our betrayal, our anger…all of these things combine to make fairness and impartial judging doom for the human race. They combine to make an impartial God incredibly bad news. No wonder Peter says that we’ll live in fear. But he goes on. He’s not done. He has good news. 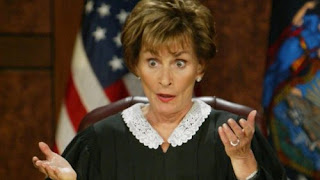 “You know that you were ransomed from the futile ways inherited from your ancestors, not with perishable things like silver or gold, but with the precious blood of Christ, like that of a lamb without defect or blemish” (1 Peter 1:18-19).

I love that Peter says we were “ransomed” from those beliefs. What an image! We were being held hostage by the idea that God would be fair, and that we, therefore, had to be good enough. The struggle to be good enough was holding us hostage! We were ransomed—bought, paid for, and rescued—not with stuff that has a passing value, like silver or god, but with the precious blood of Christ. This is the Gospel. This is how counter-intuitive the Gospel is. Are you ready?

God is unfair. God shows partiality. Now, it’s perfectly true that in Acts 10, Peter specifically says that God shows no partiality…but that’s Peter proclaiming the Gospel to the Gentiles. He’s saying that God’s partiality doesn’t depend on your nation of origin or anything in particular about you. But make no mistake: God shows partiality. He is partial to his son. And this is Good News for us! The Bible says that everyone who believes has been clothed with Christ (Galatians 3:27). When God looks at us, he sees his son! We get to cover ourselves with the one to whom God shows partiality. Wearing our normal clothes—our sinful robes—we’re in trouble. Clothed with Christ, we partake in all the glory that comes with being the favorite. Getting the preferential treatment. Not because of who we are, but because of who ransomed us, because of who paid for our freedom from the tyranny of trying so hard to be acceptable, and always being worried that we haven’t done enough.

Christ’s blood has rescued us from our hostage situation and made us the ones to whom God shows partiality.

God has torn the blindfold from Lady Justice’s eyes. He has broken down the false idol of impartiality, because an impartial scales finds every single one of us wanting. Our bad outweighs our good, every single time. But God isn’t blind. He opens his eyes, looks at us, and sees his suffering son, ransoming us with his blood. In and on account of Christ, you—yes, even you—are God’s favorite, his beloved one and only child. Fear is abolished, and peace reigns supreme. Jesus said to his disciples, and he says to us today, “Peace I leave with you; my peace I give to you. Not as the world gives do I give to you. Let not your hearts be troubled, neither let them be afraid” (John 14:27).

Brothers and sisters, let us rest in this peace: in Christ, we sinners are reconciled to a holy God. We have been ransomed. Paid for. The deal is done. In Christ, you are God’s favorite.
Posted by Nick Lannon at 3:28 PM