Your Yard is a Mess (And So Are You) 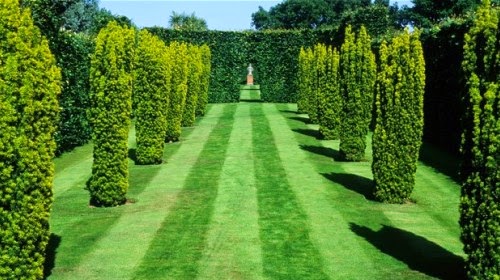 Some people are better at hiding their mess than others. Some are quite accomplished at pushing their mess so far down into the cracks of their hearts and minds that it never becomes apparent to the rest of us just how extensive the mess really is. These people generally run important organizations like banks, governments, and mega-churches. Occasionally, their mess comes out, and it’s pretty shocking, even though it shouldn’t be. But some people are good at hiding their mess.

Other people are just a mess.

You know the ones I mean: the people you look at and wonder what it must be like to be inside their heads.

When I think about these two types of people, I think about South Florida lawns. This might seem strange to you, but if you’ve lived in South Florida, you’ll know that almost every single homeowner pays a lawn service to care their grass, shrubberies, and trees. South Florida flora is some of the hardiest stuff in the world; it’s like you need a green thumb black belt (er, green belt?) to tame the stuff. The result is that every lawn is immaculately kept. Not a blade of grass is out of place.

But then there’s that one house.

Again, you know the one I mean: the house that you’d be sure was abandoned (or inhabited only by ghosts) if you didn’t see the cars coming and going. The kids don’t play in the yard, but that’s because they’d probably be devoured by the alligators sure to be living in there.

There is one such house in my neighborhood. (For a time, my neighbors were concerned that my own yard would turn into a sort-of “Everglades East,” but they sent an envoy to guilt us into paying someone to, at least occasionally, beat back Mother Nature) The other day I drove past the house—which I appreciate because it makes my yard look good—and noticed a sign out front.  The sign said:

Native plants bring life to this landscape. This “Florida Friendly” property is a model landscape that conserves and protects our precious water resources and provides valuable wildlife habitat. It has been certified by Broward County as an official NatureScape property.


Now listen: I’m sure all of that is true. What I’m about to say doesn’t mean that I deny the value of protecting precious water resources and providing valuable wildlife habitat. But do you know what my first thought was? It was this: “What a great scam! They probably printed that sign up themselves to stop the neighbors judging them for their disgusting yard! How can I get one of those signs?” My very first thought was that these people had hit on a great scheme to justify letting their yard go to South Florida hell. It’s not gross…it’s supposed to be this way!

Jesus calls us to make a different announcement to the world: “I’m a mess!” Neither the hedge fund manager nor the bongo drummer has it all together, but denial isn’t going to save them from the prescription addiction and psychiatrist’s bills (hedge fund manager) or the joblessness and homelessness (bongo drummer).

When Peter first comes into contact with Jesus he says, “Depart from me, for I am a sinful man” (Luke 5:8). In other words, “I’m a mess!” But later, when everyone is abandoning Jesus, Peter knows that there’s nowhere else a mess like him can go. “To whom shall we go?” he says. “You have the words of eternal life” (John 6:68).

You’re a mess. So am I. Maybe our yards show it, and maybe they don’t. Maybe our hair shows it, and maybe it doesn’t. It’s true all the same. But instead of hiding our mess or trying to pretend that we “like it this way,” we can cast our hope on the one who came into the world to clean up our messes, to put himself in our place, and to save our lives.
Posted by Nick Lannon at 3:01 PM