No Outside Help Required 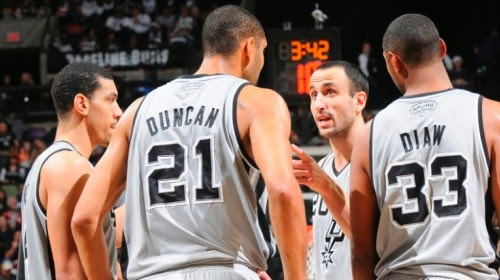 Are you familiar with the phenomenon called “players-only meetings"? Perhaps similar meetings happen in other workplaces, but I’m most familiar with them in the sports world. What happens is this: when a team is performing poorly over an extended stretch of games, a player in a leadership role will call a “players-only meeting.” No coaches or staff are allowed, and the players sit together, clear the air, attempt to suss out what’s the matter, and figure out how to return to their winning ways. They might as well hang a sign on the doorknob: “No Outside Help Required.”

Recently, the Indiana Pacers held a players-only meeting after a long losing streak robbed them of the best record in the NBA. “Players-only meetings” happen all the time in sports, and are breathlessly reported on by the sports media, as though they are watershed moments in a season. Some people don’t think as much of them.

A few weeks ago, the Michigan State University men’s basketball team held a players-only meeting. Tom Izzo, the Spartans’ renowned coach (who, of course, was barred from the meeting itself), was asked what impact the meeting might have on the Spartans’ success moving forward. “Players-only meetings,” he said, “are the most useless thing in sports.”

Now, at first blush, you might expect him to say just that: after all, if players-only meetings really worked, it calls into question the value of the coach! He’s got a huge self-interest in believing that they are of dubious value. But Izzo’s opinion is seconded by at least one long-time analyst. Woody Paige, a sportswriter of some fifty years and a voter for both the baseball and football Halls of Fame, said on ESPN’s Around the Horn that “of course players-only meetings are useless! The players think they’re going to solve the problem…but the problem is [them]!”

The urge to call players-only meetings comes from a place that should be familiar to all of us: “I have a problem, and I am going to solve it.” It is heavily ironic, though, that players exclude from their problem-solving meeting the people who are paid specifically to solve their problems: their coaches.

We Christians tend to operate in much the same way: “I have a problem, and I am going to solve it.” It sounds logical, even laudable. Isn’t it the honorable thing to do, to resolve to fix the mess you got yourself into without bothering other people with your problems? The problem, though, as Woody Paige sees it, is that the players are in a “blind leading the blind” situation. If a Boy Scout troop is lost, all the field guides say the same thing: don’t try to find a way out of the forest. It’s better to wait for a rescue party.

Coaches are paid to be dispassionate observers: not caught up in who’s getting more shots, who makes the most money from endorsements, or who has a bonus clause in their contract that they’re trying to reach. Teams need this word from outside to help them accurately evaluate the problems that they’re facing and efficiently locate solutions to those problems.

Christians need a word from the outside, too.

The ways God differs from a sports coach are legion; it’s almost too dangerous an analogy to even approach. However, in the same way that players need a coach to correctly diagnose their problem, we need God (through his law) to show us what’s really wrong in our lives. For instance, most players likely think that the main problem with the team is that it’s not passing them the ball often enough. I know that’s how I feel when I’m on the court. We’re losing? It must mean I’m not getting enough shots.

Players also need their coach to provide the structure for recovery. This is where God and your sports coach part ways. Left to their own devices, players and coaches revert to the traditional athletic strategies, which are literally “do more, try harder.” Lift more weights, practice dribbling with your left hand, run through that motion offense a dozen more times before you go home. In other words, reach down deep within yourself to find the commitment and work ethic to mold yourself into a victorious player.

God has a different plan; a true word from outside. Jesus Christ, God incarnate, crosses the chasm from heaven to earth, even as we fail to bridge it ourselves. Our failure makes us think that we need to do more, to try harder, to call a players-only meeting. The problem, though, isn’t with the chasm; it’s us! God’s word from the outside, the very thing that we tried to keep out of the meeting, busts down the door and saves us in spite of ourselves.

Victory can be ours, to be sure. In fact, victory is ours. But it is a victory given, not a victory earned. Outside help is required, and has already been given. Thank God for that.
Posted by Nick Lannon at 9:15 AM