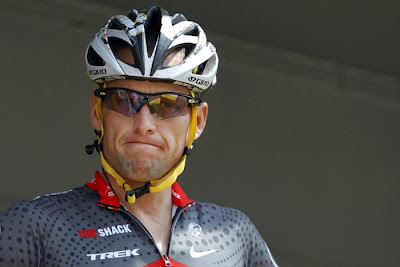 Despite the title, this is not a post about a Big Bang Theory episode. This week, we're interacting (again) with humanity's seeming inability to grasp the moral complexity of the rest of humanity. As Lance Armstrong gets dumped by Nike, a major sponsor, is stripped of his Tour de France titles for doping, and steps down from the chairmanship of his Livestrong Foundation, talking heads (on TV and otherwise) wonder what to make of the man. After all, he has, almost through force of personal will, raised tens of millions of dollars for the fight against cancer. On the other hand, he has been cheating the system and self-righteously lying about it for more than 10 years. Bomani Jones, being interviewed on Dan LeBatard's Highly Questionable program, actually suggested that these two sides of Lance Armstrong were "mutually exclusive."

These Armstrong discussions come in the wake of Josh Hamilton's season as slugger and recidivist for the Texas Rangers. As this article illustrates, people are confused about what to make of Hamilton, too. Tellingly titled "The Prisoner of Redemption," the piece (by Grantland's Bryan Curtis) details the expectations that have been placed on Hamilton since he "cleaned up his act:"

The problem with The Story [of Hamilton's recovery from drug and alcohol addiction and development into one of baseball's best players] wasn't that Hamilton was telling it too much. The problem was that The Story was too perfect. Its happy ending left no room for a fourth act. Which is to say, the improbable, occasionally strange life that Hamilton was continuing to live and the odd turns of fate that would occur over the course of a baseball season. Here, we come to the 2012 Texas Rangers.

In February, Hamilton went out in Dallas and started drinking. At some point during the night, he called Ian Kinsler. Hamilton committed no crime, and a relapse is about the most predictable thing that can happen to an addict. But drinking didn't jibe with The Story. For if faith had helped Josh ward off Satan's stench, why was Satan back?

This question hovers over Lance Armstrong's head, too, though he doesn't have the added Christian dimension: How, if these are indeed good men (having raised so much money for charity and having played baseball so well), can they have acted so duplicitously (having cheated the sports world, lying about it for a decade, and going out for a night of drinking)? 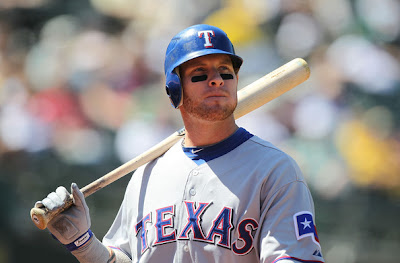 How can Christians be such bad people sometimes?

We've spoken on many previous occasions of Martin Luther's famous formulation simul justus et peccator ("at the same time justified and sinner"), and it will serve us well to discuss it here. St. Paul (a...duh...saint, and author of two-thirds of the New Testament) asked God to remove a thorn of perpetual sin and struggle from him (2 Cor 12:7) and called out for rescue from his "body of death" (Rom 7:24). He described the Christian life (or more accurately, the human life) perfectly with those astoundingly apt words in Romans 7:

Of course Josh Hamilton and Lance Armstrong have led lives that seem to belie all the good they've done: they're human (peccator). In a funny way, Bomani Jones was right: our two states are mutually exclusive, but that doesn't keep them both from being true at every moment, all the time. How sweet, then, is the news that our savior came to save (justus) those who consistently slip back into sin, who know what they ought to do but cannot carry it out, and who consistently fail. Christianity is not a religion to help bad people get better, but a religion to get bad people saved.