The Confession and the Purpose of the Pulpit 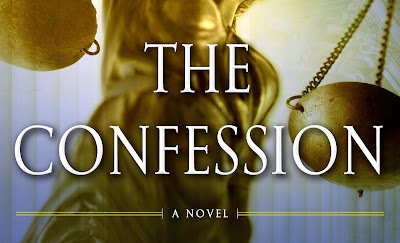 I've been an ardent John Grisham fan for a long time. I even argued, relatively vehemently, that Grisham counted as "literature" with a sort-of snob in college. Grisham's recent books have been less excellent, though, than his early ones, often focusing on personal stories rather than legal intrigue and thriller pacing. One of his latest, The Confession, tells the story of Keith Schroeder, a Lutheran minister who attempts to get a wrongly convicted man off of death row through the confession of a dying man, the real killer. The morality of capital punishment plays a large role in the novel, and Grisham leaves no doubt as to where he stands. The relevant passage, near the end of the novel:


As a minister, he steadfastly refused to mix politics and religion. In the pulpit, he had stayed away from issues such as gay rights, abortion, and war, preferring instead to teach what Jesus taught -- love your neighbor, help the less fortunate, forgive others because you have been forgiven, and follow God's laws.

However, after witnessing the execution, Keith was a different person, or at least a different preacher. Suddenly, confronting social injustice was far more important than making his flock feel good each Sunday. He would begin hitting the issues, always from the Christian perspective and never from the politician's, and if it rankled folks, too bad. He was tired of playing it safe.

"Would Jesus witness an execution without trying to stop it?" he asked. "Would Jesus approve of law that allow us to kill those who have killed?" The answer to both was no, and for a full hour, in the longest sermon of his career, Keith explained why not.

Now. Put aside for a moment that Keith's previous preaching seems pretty terrible in its own right. "Love your neighbor, help the less fortunate, forgive others because you have been forgiven, and follow God's laws?" Ugh. How about some Gospel, please? Keith seems to have moved only from killing his people with unfollow-able laws to killing them with lofty morality. Let's look at the key line in the passage: "Suddenly, confronting social injustice was far more important than making his flock feel good each Sunday."

Excuse me? Isn't THE GOOD NEWS (note the inclusion of the word "good") supposed to be the thing that is proclaimed each Sunday? Shouldn't that make the flock feel good? At least for a moment? And the idea that Keith's law-based preaching used to make his flock feel good is laughable. Didn't Paul tell the Corinthian church that he "resolved to know nothing" among them "except Jesus Christ and him crucified" (1 Cor. 2:2)? And what a smug dismissal of comforting preaching: that we silly little people who just want to feel good are somehow missing out on real Christianity, which ought to make us feel rankled...no thanks.

The pulpit is for the proclamation of the Gospel, the Good News that Jesus Christ came to save sinners, even those who witness executions without stopping them and those who make laws that allow us to kill those who have killed. The pulpit is not for confronting social injustice...there are other places for that. We hear the Gospel...the true, unadulterated Gospel...so rarely in the world. We hear about how we ought to act and what we ought to think all the time.  Let's save Sunday morning for Good News.
Posted by Nick Lannon at 9:41 AM