On the (Im)Possibility of Human Imputation

"Imputation" is a theological word that can be defined as something like "the act of regarding something or someone as having qualities that it or they do not naturally possess."  Imputation is HUGELY important in Christian theology; it is no exaggeration to say that its importance cannot be overstated.  For sinners such as us to stand before the judgment seat of God and be declared righteous, we must be regarded as righteous (via the "imputation" of the righteousness of Christ to us).  God's word, of course, is creative (as in, "Let there be light"), so when he regards someone as righteous, they actually become so.  In this way, imputation can be said to "work," that is, imputation is the mode by which life can come from death.  Imputation, therefore, is so important and so very full of grace that Christians are overwhelmed by the desire to "pay it forward" and "impute" to each other.


As Joe House said in his piece on Grantland.com

I have watched the "GOOD JOB, GOOD EFFORT" video 391 times since Tuesday night. Because I can't believe the kid is being sincere with that sentiment. Tuesday night's Heat performance was not a "good job" and it was most certainly NOT a "good effort." I know this because I performed a very scientific study (i.e., scanned YouTube for five minutes) of the 10 hustle/effort plays that could have gone either way in the game, and my conclusion is the Celts won Every. Single. One.

So.  Humans generally "impute" when they want it to "work" in the same way it does when God does it.  When we want to encourage, or cajole, or build up, we "impute" in the same way the kid in the video did.  We don't actually think that the Heat did a good job, but we want them to be more likely to do one next time. But it rings hollow, just the way the video kid's words do.  Note the expressions on the faces of the departing Heat.  No new buoyancy, no encouragement.  They know that what the kid is saying just isn't true.
And this is the key: Human words are not creative.
Try it sometime.  Walk outside at 3:30 in the morning (in temperate latitudes...no cheating) and command light to come forth.  See what happens.  The same failure is true when we tell someone that they're successful when they know they're not, that they're thin when they know they're not, or that they're a "good person" when they know they're not. 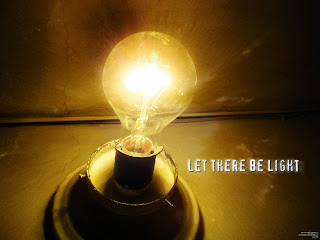 During a summer that I spent as a hospital chaplain, I came across a dying man.  When I asked him how he was doing, he said that he thought he'd lived a good life.  After a pause, he looked at me and said, "I'm just not sure it was good enough."  Hearing the story later, my supervisor told me that I should have assured the man that his life was good enough; that he didn't have to worry.  In other words, that I should have "imputed" righteousness to him. In the moment, I felt differently.  I told the man that Jesus had come for those of us who hadn't lived lives that were good enough.
That man wouldn't have believed me if I'd told him that his life was good enough; who was I, anyway?  How would I know?  He didn't need faux-imputation...and it wouldn't have worked.  Though humans can't impute (we can only, like the "Good Job" Kid, pretend), we can announce that true imputation, through the creative word of God, has come.
Posted by Nick Lannon at 8:00 AM