From Derision to Compassion: The Death of Junior Seau 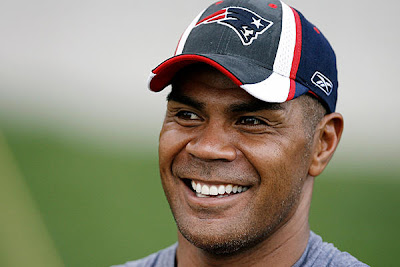 It was like a switch was thrown.  I was at an open gym, shooting baskets with a bunch of guys, talking about the news of the day: the apparent suicide of former NFL great and presumptive Hall of Famer Junior Seau.  Many of the guys couldn’t believe that a man who was so famous, so rich, who had so much, could be depressed.  What could possibly be so bad about his life that it wasn’t worth living?  The tone of the conversation quickly became derisive.  Seau must have been weak.   Fragile.  Pathetic.  Then someone suggested that his brain may have been irreparably damaged by the numerous minor head traumas he suffered over the course of his playing career.

It was like a switch was thrown.  All of a sudden, no one had a cutting remark.  No one was talking about how satisfied they were with so much less than Seau had.  We recalled the story of Dave Duerson, another former NFL player who committed suicide, who had shot himself in the chest expressly so that his brain could be studied; he had known his depression was physically sourced (subsequent medical examination of his brain proved him right).  The mood in the gym became somber, and the tone, compassionate. I couldn’t believe how quickly derision became compassion.  Then I realized what had really happened: the group had collectively transitioned from seeing Seau as basically “able,” that is, in control of and responsible for his actions and mental state, to basically “disabled,” that is, the victim of forces beyond his control.  It is only natural to feel derision for people who are able to control themselves and do not, and just as natural to feel compassion for people who are unable to control themselves.

Here’s the thing: Christians are disabled.  Not especially disabled, just as disabled as non-Christians.  It is easy for us, especially the preachers and ministers among us, to think of Christians as “able” in a way that they (read: we) are not.

And the result?  Derision.

If we see people as fundamentally able to make good choices, possessing the ability to improve, and able to control their minds, our ability to be compassionate toward them will wither and die.  This is particularly damaging (as you might imagine) for preachers and pastors, but will damage any relationship. 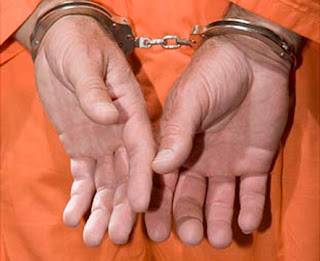 At one time in my life, a close friend confided in me that he and his girlfriend were having sex.  We prayed together, asked for forgiveness, and I assumed that that would be the end of it.  But, despite their stated desire not to, they kept doing it!  I know: you’re shocked.  At the time, though, I was shocked.  I couldn’t understand (I was comically blind to my own nature…as, of course, I remain to this day) how someone could continually do something that he didn’t want to do (Romans 7:14-20).  As my friend's confessions to me mounted, my compassion for him withered.  Finally, it was replaced by anger: why couldn't he just stop?

As a pastor, I have come to know that  Paul's words in Romans 7 are not only true, but fundamental to pastoral care for people.  Compassion cannot exist where we see people as "able," because people are inveterate failures.  Pastors will either come to hate their people (because they're not following your good advice) or themselves (because you're not communicating the advice well enough).  In either case, hatred is the end result.

If we are to avoid hating those closest to us (including ourselves!), and are to avoid heaping scorn on those further away, we must begin to see people as the "disabled" creatures that they are.  Like Paul, and potentially, Junior Seau, they often "do the very thing they hate."  We can only be there, compassionately, when they cry out for a savior, with the Good News that there is now no condemnation for those in Christ Jesus (Romans 8:1).
Posted by Nick Lannon at 8:00 AM