Intellectual Honesty, a Theology of the Cross, and the Sports Illustrated Swimsuit Edition 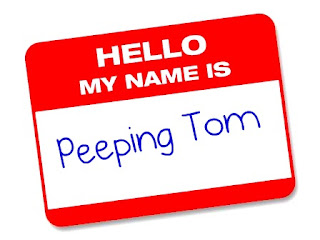 My four-year-old daughter Hazel is a Sports Illustrated subscriber.  It's a complicated issue of expiring airline miles; don't ask.  This week, the annual swimsuit edition was delivered.  I remember, as a younger man, subscribing to SPORT Magazine (it was a cheaper monthly option than the weekly Sports Illustrated) and eagerly awaiting the swimsuit issue.  SPORT, it should be noted, performed a service to its libido-crazed readership: it actually produced a normal sports-themed magazine to put around the models in bikinis.  In other words, when your mom looked askance at the cover, you could always complain that "it just took pages away from their groundbreaking NFL coverage" and that you were keeping the magazine for posterity to "see how their NCAA tournament predictions turned out."  As to why it was discovered months later, well-worn, and hidden under the bed...well, excuses were harder to find then.

I've never subscribed (as my daughter does) to Sports Illustrated, so I don't know if SI ever provided this same service.  All I know is, they don't now.  I got my (um, Hazel's) swimsuit edition on the same day as a normal copy of SI was delivered (the swimsuit edition is twice as thick), and as I dispassionately flipped through it ("I read it for the articles!") I realized that there was absolutely no sports coverage in it whatsoever.  No "Faces in the Crowd," no "Dan Patrick's Just My Type," and no "Point After."  Just plenty of, um, great SI photography.

And I say, "Well done, Sports Illustrated."  Even Playboy attempts to give its subscribers an excuse to subscribe (some of the best short-form writing around, or, um, so I'm told).  Sports Illustrated, apparently, has decided to force an intellectual honesty on its readers that they might not have adopted on their own. These days, if you're caught looking at the swimsuit edition of Sports Illustrated, the only apology available to you is the honest one:  "I, um, like to look at girls in bikinis.  Sigh."

Sports Illustrated has "called a thing what it is" as Martin Luther described the activity of a theologian of the cross. This is, though hurtful to those of us who are called out, a helpful thing, as it brings us sinners just one step closer to calling out ourselves...for a needed savior.
Posted by Nick Lannon at 11:30 PM