If you watch SportsCenter, or read ESPN.com, you'll have heard about Cassy Herkelman's victory over Joel Northrup at the Iowa state high school wrestling tournament to become the first girl in the history of the tournament to win a match. The twist? Northrup defaulted, rather than wrestle her. 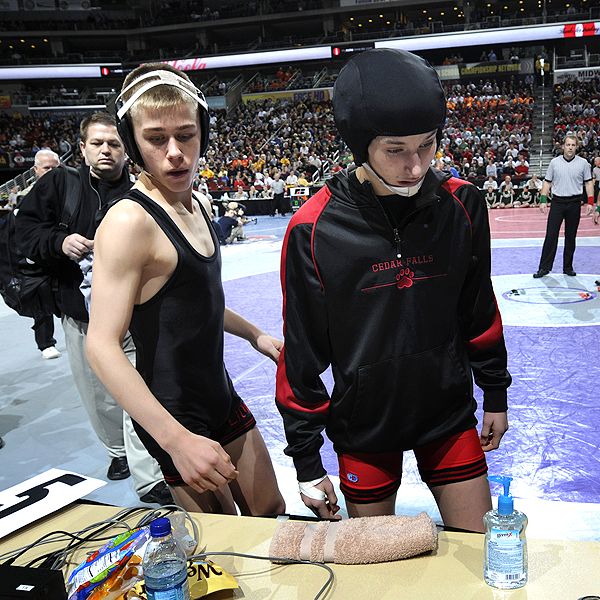 he reasons Northrup gave for his decision to default were that "wrestling is a combat sport and it can get violent at times. As a matter of conscience and my faith I do not believe that it is appropriate for a boy to engage a girl in this manner." By invoking God, Northrup invoked the wrath of notable ESPN.com columnist and Damon Runyon Award winner for "outstanding contributions to sports journalism" Rick Reilly. In his February 19 column, Reilly wrote that God has no place on the wrestling mat. When the other competitors, including the Herkelmans, praised Northrup for being "strong in his religion" and claimed that "you have to respect that," Reilly asked why:
"Does any wrong-headed decision suddenly become right when defended with religious conviction? In this age, don't we know better? If my God told me to poke the elderly with sharp sticks, would that make it morally acceptable to others?"
Now, I have several problems with Reilly's stance on this matter. First of all, his argument (if it can be called that) is a classic straw man. He sets up something that is obviously flawed (the comparison between Northrup's decision and poking the elderly with sharp sticks) just so he can knock it down. There is an obvious, and huge, difference, between a person declining to participate in an event (passivity) because they believe the are doing what God has required of them and actively engaging in the wounding of others for the same reason. It feels silly even to type it. Clearly, there are sins of passivity: when we say that confession each week, we confess our sins, both things done and left undone. But it is ultimately a fool's errand to decide what God has called a certain person to do, and whether or not that person is being faithful to that call.
My larger issue with Reilly is his claim that God shouldn't be involved at all. What good is religious conviction if there are limits to its applicability? Reilly's use of the phrase "in this age, don't we know better" is particularly troubling. Such language has been used to shunt God off to a supposedly impotent corner so that we can do just what we want with supposed impunity. I say "supposedly" and "supposed" because God is not impotent and we remain liable for the things we do. God is not mocked (Galatians 6:7). 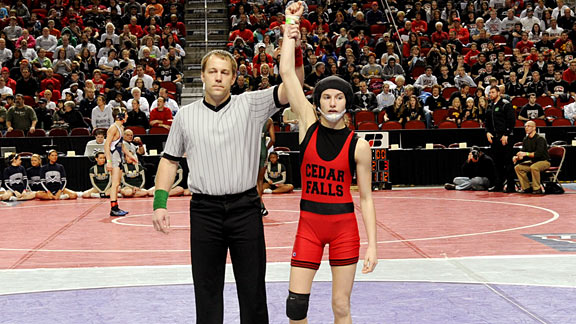 Again, I am not making "sinful" or "righteous" assignations to Northrup's decision. I am merely suggesting that while, as Reilly rightly notes, it does not "say in the Bible not to wrestle against girls? Or compete against them? What religion forbids the two-point reversal?," it is imprudent to suggest that there are areas of our lives, be they our business practices or our wrestling strategies, that are free from the touch of God's power.
And what of other things we hold dear, better than which, "in this age," we seem to know? Like the idea that we are not ultimately judged according to our deeds or that a criminal's death can save the world? In some sense, Reilly's appeal to "this age" undercuts his own argument. This age is twisted like any other, and, despite our protestations, we don't know any better.
Posted by Nick Lannon at 11:29 AM