Big news out of Poland last week: The "center-right" government (and Christian, as described by NPR's All Things Considered) is about to approve chemical castration for offenders convicted of either the rape of a minor or incest. A simple outline of the story can be found here, along with a photo that makes the Polish prime minister look especially evil. The money quote in the story, for our purposes, is this:

"European civil liberties groups have condemned the plans, saying that they violate human rights. However the prime minister has received overwhelming public support for his decision and his popularity has rocketed in opinion polls. Defending his decision, [Polish Prime Minister Donald] Tusk said: "I don't think you can call such individuals – such creatures – human beings. I don't think you can talk about human rights in such a case."
Well, there you have it: A publicly accepted argument for sub-humanity. The "European civil liberties groups" are condemned by Justice Minister Zbigniew Cwiakalski, who says that "Everyone talks about the safety of criminals, but what about the rights of the victims? "Where is the safety and health of our children? We have the right to use measures that will protect the public." Surely Cwiakalski is referring to the reaction to this issue when he says that "everyone talks about the safety of criminals." However, the quote is enlightening. Who gets more consideration? The victim of rape, or the potential victim of chemical castration? 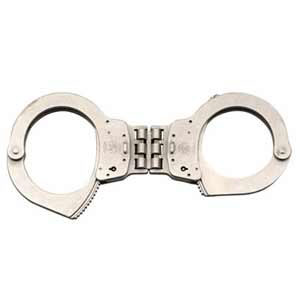 It seems like there are at least two things going on here:
First, what is the point of laws? This has been a long-debated topic. Are laws in place to set up a system for the punishment of violators, or are they there to protect the obedient? Usually, this seems to be more of an issue than it is in this case. How can the electrocution of a murder protect the already-murdered? In this case, the "solution" seems to be an attempt to protect future victims in a way that has only been obliquely attempted in the past. Christianity argues that there are two uses of the Law, the first to "keep the peace" so to speak. The removal of rapists from the general population seems to be in line with this use. Traditionally, society has removed these people by imprisonment and ostracization. Now, Poland would like to remove the rapist from the rapist! It seems, though, that the main problem (of the many) comes when Poland appeals to a twisted view of the other "use of the law" in Christianity.
The "Second Use of the Law" in Christianity is to bring a sinner to his or her knees. It is a mirror held up to the unrighteous, showing them just how unrighteous and "in need" they are. For this use of the law to work, however, it must assume that ALL people are unrighteous, or "law breakers." If some can look in that mirror with head held high, the process falls apart.

The Polish government's argument that these kinds of criminals aren't really human seems flawed on many fronts. Were they human until they committed this heinous act? Or were they merely doing a good job impersonating one? This bring us to our second issue: the quality of human nature.
Are there things that are beneath humans? Are people who engage in rape, genocide, holocaust, and serial murder really human beings at all? We'd love to claim that they aren't. It preserves the dignity of the human race and allows us to point to a group of people, and say with relief, "Well, at least I'm better than them!" I'll suggest that the sum of human history either points to the fact that there's no crime beneath a human being, or that there has never, in fact, been a human race at all.
Did Jesus actually identify with the victim? Of course. He also had mercy on the sinner. His pronouncement of the Law was absolute: "You therefore must be perfect as your Father in Heaven is perfect" (Matt 5:48), but he, the perfect man, was made to be sin so that we (the alleged sub-humans) could become the righteousness of God (2 Cor. 5:21). Thus, the people Jesus came, on the one hand, to exclude become the ones he came to die to include. Jesus is the personification of the two words of God: He is the condemnation of the Law (you must be perfect...) and the salvation from it (Rom. 7:24-25). The questions, then, become these: Does profound and disgusting sin put you out of Jesus' reach? Is there a fundamental difference between "the kind of person who would do that" and the rest of us?