Your Past Will Haunt You 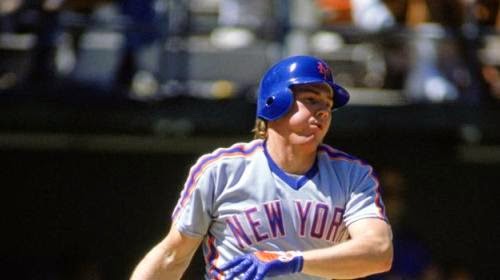 I thought I knew everything about mid-90s baseball. I was even a Mets fan back then. Somehow, though, the story of Mackey Sasser eluded me. I remember him, of course—the Mets’ drawling, big-hitting catcher—but I didn’t know that for several years he was nearly unable to throw the ball back to the pitcher.

Here’s what happened: in 1990, Sasser blocked the plate from a runner trying to score and was involved in a brutal collision. At the time, he was the Mets’ best hitter, so the team refused to put him on the disabled list, even though both ankles were seriously injured. Sasser played through the pain. All of a sudden, though, something strange happened: he developed a mental block about throwing the ball. He would try to throw, but his hand wouldn’t release the ball. Often, he’d have to pump three or four times before he could overcome his subconscious and actually deliver the ball back to the pitcher. His problems disrupted his pitchers’ carefully controlled rhythm, and allowed runners to steal bases during his desperate attempts to get the ball out of his hands.

It wasn’t until years after his problem forced him into retirement that he found a solution.

Alex Gibney directed a short film (produced as part of ESPN’s 30-for-30 Shorts series) called Fields of Fear, which tells Sasser’s story and introduces viewers to the two therapists, Dr. David Grand and Rob Polishook, who were finally able to help him.

I recommend the film (it’s embedded at the bottom of this post), but here’s the short version: until Sasser was able to honestly confront the traumas of his past, he was unable to move forward with his life in the present.

In his first epistle, John alludes to a similar framework:

If we say we have no sin, we deceive ourselves, and the truth is not in us. If we confess our sins, he is faithful and just to forgive us our sins and to cleanse us from all unrighteousness. (1 John 1:8-9)


To the extent that we deny the truth about ourselves, we will be stuck in that denied truth. If we can be honest about our faults, failings, and shortcomings, we can be redeemed. While the Mets were trying to figure out a way to fix Mackey Sasser’s mental block, they sent him to priests, hypnotists…everyone they could think of. As incredible as it may sound, not one of them focused on anything that might exist in his past, not even the obvious—and recent—trauma of being injured during a game. They all focused on trying to help Sasser throw a ball…not on trying to help Sasser.

When Sasser—years after his retirement—found Grand and Polishook, he was coaching at a junior college in Alabama…but often found that he couldn’t even throw batting practice. He still couldn’t get the ball out of his hand. It was Grand and Polishook, though, who first asked Sasser to talk about his life. They asked him to be honest about the things that had happened to him, from a brother who was almost killed by a car right in front of his eyes to a father who was so crippled by rheumatoid arthritis in his back and legs that he couldn’t throw a ball overhand. Dr. Grand, upon hearing the story about Sasser’s father, was incredulous. “Go back to what you just said…do you think that there’s a connection there?” he asked. “Yeah,” admitted a sheepish Sasser.

Through his work with Grand and Polishook, Sasser eventually was able to confront—and deal with—the many childhood traumas that were affecting his present day. In the same way, it is when we are able to confront, and confess, the truths about ourselves—that we are not even who we want to be, much less who God intends us to be—that we can overcome the paralysis caused by fear.

If we say we don’t have terrible things inside us, we’re deceiving ourselves. Denial isn’t a path to freedom; it’s a path to bondage. Denial results in paralysis. Just ask Mackey Sasser. If, however, we confess the terrible things inside us, God, who is faithful and just, will forgive us and raise us to new life. We think that the way to be righteous is to hide all the unrighteousness, like sweeping all the dust in your house under the carpet. There’s only a finite amount of dust, though, that a carpet can hide. It will eventually spill out and ruin everything. The only true path to righteousness is forgiveness and imputation: our dust gathered up by another and removed from us forever.

Mackey Sasser can now throw a baseball, and we can live our lives. We are free. Thanks be to God, who forgives all our sins.
Posted by Nick Lannon at 11:06 AM