Can a Loser Really be Lovable? 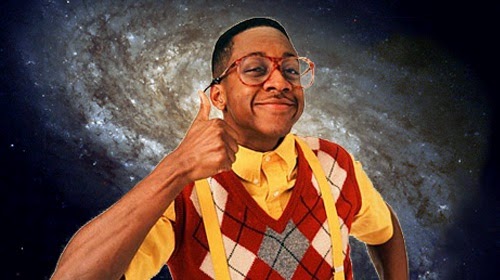 My wife is an optometrist, and is part of an 11,000-member Facebook group of optometrists who share advice, commiserate, compare patient stories, bemoan the state of health insurance, and many other things. Recently, an optometrist shared about some deficiencies he felt he had in his practice, and some commenters raked him over the coals for being incompetent. The next day, he posted again:

Yesterday I mentioned that my dilated fundus exams were terrible, and I liked a retina photo to help me visualize what I have difficulty seeing with a 20D. Some doctors were shocked—shocked!—that so mortifying a statement could be made.

Guess what else I’m awful at doing? RGPs. Retinoscopy. VT and advanced binocular testing. Gonioscopy. Systemic neurology. I don’t remember how to use or interpret a tangent screen. I have never prescribed prism. I just re-learned yesterday, after 11 years, how to calculate an AC/A ratio, and what it means. I don’t know where my Maddox rod is.


After this confession, he continued by decrying the quality of interaction on the forum:

It’s when we feel like we have to know everything lest we fail the profession, and end up pretending that we know everything to escape the judgment of our peers that we fail our patients and ourselves.

How much of optometry school was spent being embarrassed by our lack of knowledge or lack of skills? Who were the teachers who felt that the best way to teach was to highlight our deficiencies, sometimes publicly, to shame us? And why has that become a pervasive part of our attitude toward one another?


Does this sound familiar? It ought to. He might as well be describing a church. He’s saying, “If this place becomes a place where it’s not okay to admit flaws and failures, then it’s not a place worth being in.” The parallels are astounding: First, he admitted a small flaw and was chastised for it. This particular optometrist had the temerity to respond by upping the ante: “You thought I was a failure before? Let me show you what kind of failure I really am!” In normal, day-to-day life—and especially in churches—people would rather float a trial balloon of vulnerability, retreating into the shadows when it gets popped. Or—perhaps you’ve seen this—rather than retreating into the shadows, they go out in a blaze of glory, listing—as this optometrist did—all their failings, and promising never to darken your door again.

Churches are too rarely the kinds of places that they need to be: hospitals for sinners. It’s a cliché, but they often become country clubs for the “righteous” (which must be put in quotation marks because…well, you know).

Here’s the thing: everyone is desperate for a place in which they can be known and loved. Life has taught us that such a place is harder to find than Atlantis or the legendary version of Timbuktu–the one with the gold-paved streets. Our experience has shown us a simple truth: if we are really known, we cannot be loved. So we hide. Occasionally, we’ll float that trial balloon: “I’m not good at dilated fundus exams.” “It’s been a couple of months (or years, or decades) since I’ve read my Bible.” “I don’t like one of my kids as much as I like the other one.” “I’m not sure I believe Jonah was really swallowed by a fish.” If—more likely, when—we’re shouted down as failures, sinners, or heretics, we either slink meekly away or storm loudly off…never to be heard from again.

What if a place existed where we could be known—in all our embarrassing failure—and loved? As Aladdin’s Genie puts it, “Such a thing would be greater than all the magic and all the treasures in all the world!” Such a place exists. Such a place is a man. Jesus is the place in which we can be known and loved.

In Christ, we are known and loved. Our churches—as crippled as they are by their human construction—possess this message, the Gospel of knowledge and love. We are now, no matter our failings, clothed with Christ, and are therefore as loved by God as his own son (Galatians 3:27). We can be honest about our flaws and failings because they have been given to a substitute. By the miracle of imputation, it’s Jesus who’s no good at dilated fundus exams. It’s Jesus who hasn’t cracked his Bible in years. It’s Jesus who loves conditionally. It’s Jesus whose faith falters. By that same miracle, we become accomplished, conscientious, unconditionally loving, and faithful.

Stay. You are welcome here.
Posted by Nick Lannon at 11:04 AM