I Don't Know Everything 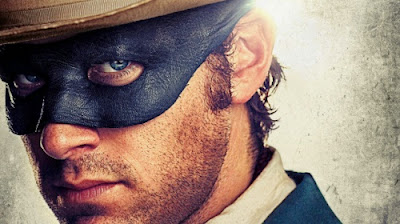 
The above lyric makes me cringe; it’s such a dead-on description of me that I find it almost unbearably oppressive. Whenever a banal question comes up in conversation—whether it’s just hanging around the kitchen with my wife or at a larger party with friends—I’ll try to answer it. I’m sort of like an anthropomorphized Google in that way, except I often don’t know what the heck I’m talking about. A favorite topic is the origins of words or sayings. I don’t know much  about etymology (and that’s being generous…see, even here I’m pretending I know more than I do), but I’ll always try to figure out something that makes enough sense that people will believe me. Why would I do that? Why would I try to make up an explanation for the origin of “by hook or by crook” (which I just had to, ahem, google)? It’s worth noting that the explanation I would have offered—about shepherds corralling sheep—is completely and totally wrong.

Here’s the thing: I want people to think that I’m smart.

You see, I don’t believe Ben Folds when he says that it’s okay if I don’t know everything. I have to know everything in order to establish my value. I want a question to come up, be unanswerable, and then be the person to whom people turn for the answer. If I’m not there, I want people to wish that I was. If I’m not the guy who knows things—if I’m not the smart guy—who am I? I gave up on being the attractive guy long ago. Sometimes I can be the funny guy…but it seems like “funny guy” is a really competitive category, and if you’re not the funniest guy…well, then you’re just another guy.

I can barely imagine a life in which I felt comfortable saying “I don’t know” as often as it is true. John the Baptist’s assertion that “He must increase, but I must decrease” (John 3:30) is humorously double-edged: on the one hand, it is patently true. In order for Christ to be exalted in the way that he so clearly deserves, he needs to get at least a little of the attention! On the other hand, our own decrease is the last thing that any of us want to participate in. If you’re anything like me—and for your sake, I hope you’re not—you feel that you’re small enough. You feel like a little increase would suit you just fine.

This urge to increase is the crippling factor in human life; it’s what led to the Fall. Gerhard Forde, the eminent Lutheran theologian, correctly suggested that “the Fall” isn’t even an appropriate term: what really happened is that humanity “reached up”—tried to increase—above their designated place. They wanted to be like God.

So…that’s disquieting: I invent answers to questions for which I don’t actually know the answers because I want to be like God?

Like he did in removing Adam and Eve from Eden, though, God will not permit us to be like him. If we will not decrease ourselves so that he can increase, he will decrease us despite ourselves. Though this feels like bad news in the moment—it hurts to be decreased against your will—it is good news in the long run. The more I come face to face with the truth—that I’m not God—the more and more I will be brought to a place of acceptance of a larger truth: there is a God.

I don’t know where the phrase “by hook or by crook” comes from. But that’s okay. I don’t know everything. I do know one thing: God knows me—he knows everything—and, on account of Christ, loves me.
Posted by Nick Lannon at 3:54 PM