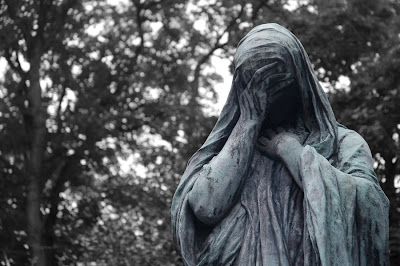 They told the scribe Ezra to bring the book of the law of Moses, which the LORD had given to Israel. Accordingly, the priest Ezra brought the law before the assembly, both men and women and all who could hear with understanding…He read from it facing the square before the Water Gate from early morning until midday, in the presence of the men and the women and those who could understand; and the ears of all the people were attentive to the book of the law…all the people wept when they heard the words of the law.

Why do we ask for the law?  You would think that we’d want to be free, right? No rules, no restrictions. As Outback says, “No rules, just right.” And that does sound pretty great, in theory, but when we really get down to it, no rules or restrictions means no way to tell who’s better than anyone else. And make no mistake, we are in love with telling who is better. In addition, we’re convinced that the law will come in and show everyone how well we’re doing.

The Who have a greatest hits album called “Who’s Better Who’s Best,” and this is a great description of what we spend a lot of our time doing: comparing ourselves to everyone around us and trying to figure out where we rank.  “I may not be as good a father as Rick down the street who’s always going to his kids’ recitals, but I’m sure as heck a better father than Stan…that guy doesn’t ever seem to be home at all!”  The law, even though it might not be written down anywhere, is what tells us what it means to be a good father, mother, husband, daughter, son, Christian…person!  We are desperate to get credit for the good things we do, so we need there to be a structure to tell us what’s good.  That structure is the law.  So we want it; we need it, because we need to know where we stand. Usually, though, we don’t truly understand it.

It’s clear that we don’t understand it because we don’t spend a lot of time like the Israelites did at the Water Gate.  Remember, they spent the morning having the law read and interpreted to them, and by the end, they were totally wrecked.  We, on the other hand, take a more active approach: we lower the standard so that we can think of ourselves as having accomplished it.

When we hear the true standard, the full requirement, the real law, it destroys us.  Far from showing us how well we’re doing, the law shows us just how short we fall.  We are exactly like the Israelites in Nehemiah, destroyed by the realization that the law is beyond our ability to obey; that being a better father than Stan isn’t good enough, that the standard is perfection (Matthew 5:48).  We fall to our faces, covered in tears. Wrecked.

This is the first truth of true religion: the law will kill you. It will reduce you to tears and end your life.

So…if the law kills, what brings life? If the law destroys, what resurrects?

Ezra and Nehemiah tell the people not to be grieved, “for the joy of the Lord is your strength,” even in this time when they feel so weak, so broken.

“Now wait a minute!” you might say.  “How can this God, whose law is so oppressive that it breaks his people down to tears and destroys our lives every day also be our strength? Our protector?  Our refuge?  In other words, how can the oncoming enemy force also be the rescuer?  How can the judge also be the defense attorney?

The miracle of grace is this: the law-maker is not God’s only job description; or better, law is not the only thing God speaks. God is also and finally our savior, Jesus Christ. He doesn’t just speak the law that puts sinners to death; he speaks the gospel that raises the dead. And he utters this second and final word at just the right time. In Romans, we read that at just the right time, while we are ungodly, while we are sinners, Christ comes for us. While we are like the Israelites, oppressed by the law, on our faces under the weight of our own failures, covered in tears, and broken. Right then, Christ comes. As Jesus says in Luke 4:  “The Spirit of the Lord is upon me, because he has anointed me to bring good news to the poor. He has sent me to proclaim release to the captives and recovery of sight to the blind, to let the oppressed go free, to proclaim the year of the Lord’s favor.” Then he says, “today this scripture has been fulfilled in your hearing.”

The Good News of Jesus Christ, the Gospel that we preach, is that, though the law comes and destroys us, the Son of God comes and resurrects us.  Our death is overturned by Christ’s death. Our life is created by Christ’s life. We hear the law and we are brought to tears.  We hear the Gospel and we are moved to joy. In Christ, we who were poor are now rich. We who were captive are now released. We who were blind now can see. We who were oppressed now are free.  In Christ, this is the year of the Lord’s favor.