Happy New Year: 20 Predictions from the World of Sports 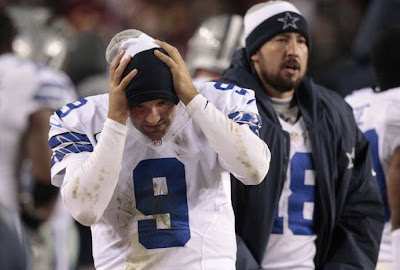 2) Tim Tebow will hit the public speaker circuit full-time...and be awesome at it, of course.

3) The NHL will pull the Keyser Soze trick and convince the world that it never existed.

4) The Los Angeles Dodgers will finish second in the National League West and lose in the wild card round of the playoffs, despite having spent the gross national product of Chile on player salaries this off-season.

5) Metta World Peace will elbow someone in the head.

6) Jeremy Lin and James Harden will have a public falling out, with Lin taking the high road. In response, Harden will pull the kind of point guard he really wants to play with out of his beard.

7) Mumford and Sons will play halftime of the Super Bowl, but will have a wardrobe malfunction.

9) Norris Cole and Iman Schumpert will tussle over the "Kid" role in House Party 4, which will be shot, but never released.

11) Tom Brady and Peyton Manning will meet in the AFC playoffs. One of them will win; they'll both be civil.

12) Danica Patrick will not win an auto race, but appear in dozens of ads.

13) Dale Earnhardt, Jr. will not win an auto race, but appear in dozens of ads.

14) Jimmie Johnson will win dozens of auto races, but appear in no ads.

15) No Cleveland team will win a championship, in anything.

16) Ray Lewis will lose his voice, permanently. There will be much rejoicing.

17) Metta World Peace will elbow someone else in the head.

18) Between them, Roger Federer, Novak Djokovic, Rafael Nadal, and Andy Murray will win every Grand Slam tournament. Because of course they will.

19) Someone you've never heard of will win the World Series of Poker. He'll be a pre-teen, covered in acne, and wearing sunglasses. He'll be able to buy you.

20) Michael Phelps will only enter pools via diving board. Rowdy Gaines will be excited.