Barry Zito, a Broken Leg, and the Outer Christ 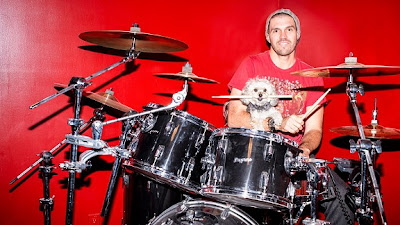 Barry Zito was once known as one of the most dominating pitchers in Major League baseball, winning the 2002 Cy Young award. Then, in 2007, he signed a huge free agent deal with the San Francisco Giants and became known as the worst signing in recent memory, a choke artist who never lived up to a tenth of his contract, much less the entire $126 million. As evidence, note that when the Giants made the playoffs in 2010, they left Zito off the roster completely, and went ahead and won the World Series without him.

Finally, during last year's playoffs (and eventual World Series victory), Zito began pitching well, in the face of all expectations. In the recent ESPN The Magazine "Interview Issue," he took a stab at explaining why:


I was raised so out of the box. From a spiritual side, my grandmother founded a religion [Teachings of the Inner Christ] and a teaching center in the '60s in San Diego, and I was raised on that. That's where a lot of the eccentric, Zen things [for which he is famous] come from. But I just needed more structure, and sometimes you have to go through difficulty and physical trials to really get broken down. In 2011, I got broken down physically as well as mentally. In August of that year, I committed my life to God. I realized I'd been relying on my own strength for so long, and man, I'd been wearing it. So this was about finding a strength outside of myself. The way I was raised, that's a concept I never would have given any credence. 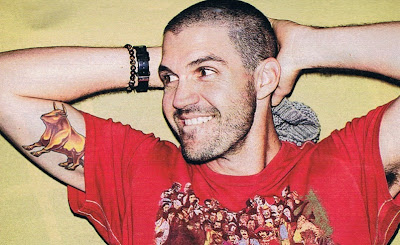 I had this very odd injury in April of 2011 -- a lisfranc ligament tear. I came off the field after never being hurt in 11 years and said: "All right, something bigger is going on here. A message is being sent, and I've got to listen." A few months later, my best friend told me an old story I really love. A shepherd will be leading his sheep, and one of the sheep will be walking astray from the pack. The shepherd will take his rod and break the sheep's leg, and the sheep will have to rely on the shepherd to get better. But once that leg is completely healed, that sheep never leaves the side of the shepherd ever again. That's a really beautiful metaphor. A lot of things happen to us as people, and we realize we've been relying on our own strength for too long. I got a tattoo, and it's the only one I have, of a golden calf on the inside of my right biceps. I show people that, and it signifies idolatry and that I was putting things before God.

Doesn't the name of Zito's grandmother's religion just say it all? "Teachings of the Inner Christ," indeed. Zito needed a savior from without (the Outer Christ), since the one from within wasn't doing him any good. The illustration is instructive too, as it can only be seen as a good thing from the perspective of a healed sheep. In the moment? To the sheep which has just had its leg broken? God might not seem such a sympathetic figure. As Tullian Tchividjian says in his book Glorious Ruin, "God doesn't save you from suffering, he saves you in suffering." The potentially disturbing metaphor of a shepherd breaking the leg of his sheep takes on a much more compassionate tone when you understand that shepherd himself has suffered and died for the lives of each one of his sheep.

Barry Zito needed the freedom that came from a reliance on the Outer Christ to pitch well. He never suggests that this is a path recommended for others, or that it will necessarily produce "results." Results become, if anything, a natural outgrowth. Note how much of all of this is natural, rather than chosen. It took a "very odd" injury for him to have his eyes opened. In the same way, though having our leg broken by the shepherd is never something that we would choose for ourselves, it is often the only way for God to open our eyes to our paralyzing need, and to the truth that there is a shepherd there to nurse us.
Posted by Nick Lannon at 8:30 AM