Rooting for the Evil Empire: The Etymology of a Sports Fan 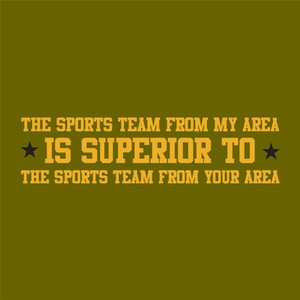 How does one come to root for the teams one roots for? Often, it boils down to the town in which you're born. But sometimes, it's more complicated. I root for the Phoenix Suns, Miami Heat, Pittsburgh Steelers, New York Yankees, and the University of Arizona. Three of the five are easy to understand; the other two require some explanation.
I went to college at the University of Arizona. Boom. Fan of the teams. Living in Arizona, I became a fan of the Phoenix Suns. Boom. After living in Arizona for eight years and never becoming attached to the atrocious Arizona Cardinals, I went to seminary in Pittsburgh. Boom. Steelers fan. If you like NFL football and move to Pittsburgh without a pre-existing allegiance, you will become a Steelers fan. The people get in your blood and a Terrible Towel gets in your closet.
My rooting for the Heat and Yankees, though, looks like bandwagon jumping. I started rooting for the Yankees just before they won their most recent World Series, and I started rooting for the Heat immediately upon their signing of LeBron James. In short, just when each team started to get good (although the Yankees have been a powerhouse basically since Abner Doubleday invented baseball), I became a fan. This is the worst sort of fandom...if it was an accurate representation of what happened. It isn't. 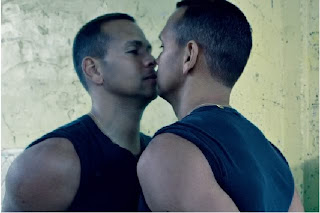 I have always been an appreciator, if not a fan, of great talent. Case in point: I recognize that Ray Lewis is (or at least was until very recently) a great linebacker. I can't stand him nor the Ravens, the team for which he plays. I love watching the best of the best, whether I'm a fan or not. Roger Federer, Lionel Messi, Roy Halladay...I love to watch sports greatness. I was never a Bulls fan, but watched every Michael Jordan game I could get my TV dial turned to. Remember TV dials?
So I appreciated both LeBron James and Alex Rodriguez, even before I became a fan of their teams. LeBron always struck me as an amazing athlete (he's 6'8", 270lbs, no body fat, and as fast as a wide receiver) and a master on the basketball court. His recent well-documented fourth quarter failures aside, he never seemed to have any weaknesses. I appreciated that, as one appreciates a fine painting in a museum. Alex Rodriguez, for his part, is one of the greatest hitters in the history of baseball. He hit 30 or more home runs for 13 consecutive years from 1998 to 2010. He's made 12 All-Star teams and won 2 Gold Gloves. I appreciated that, too. 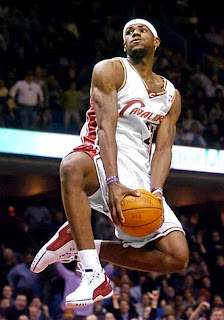 Then, just before I started rooting for them, both James and Rodriguez came under fire. James became a pariah for "snubbing" his hometown Cleveland Cavaliers and choosing to sign with the Miami Heat in the summer of 2010, and for having the gall to broadcast the announcement on a live TV show called "The Decision." Rodriguez, on the other hand, seemed to be disliked just for being himself. Or, rather, for not being himself. He was seen as an image-conscious marketing creation rather than a human being (this is, of course, before he was accused of, and admitted to, using steroids). I began to root for James and Rodriguez the way one roots for underdogs: hoping that they'll prove their detractors wrong. Both players were roundly criticized for failing to be "clutch" in big (i.e. playoff) situations, and so I began hoping that both would a) make the playoffs, and b) perform well in them. This entailed rooting for their teams. And just like that, I realized that I was something I thought I'd never be: a Yankees fan. I was also something that many sportswriters claim doesn't really exist: a Heat fan. I was rooting for them because they were under fire.
Why is it that we root for the underdog, even when they stretch the limit of what it means to be an underdog to crazy extremes, like LeBron James and Alex Rodriguez? Why do we hate Duke unless we went to school there? I've talked about this before, and it's a phenomenon that continues to interest me. We root for the underdog because we feel that we are the underdog. With James scoring no points in the 4th quarter again last night and the Heat blowing another big lead -- and struggling mightily against a zone defense, it looks like it's going to be a tough road for the Heat to win a championship this season. A tough road is what we face every day. It's what we identify with. It's where we live. We'd like some company.
Posted by Nick Lannon at 9:43 AM