Catch Love if You Can 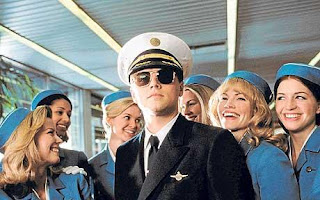 Frank Abagnale, Jr. (a real person), is perhaps better known as "The Guy Leonardo DiCaprio Plays in Catch Me if You Can."  His 2000 autobiography is the inspiration for the movie, and his exploits in the book are, if anything, more audacious than those in the film.

For the uninitiated, Frank Abagnale was, according to his wikipedia page, the autobiography, and the film, a


"confidence trickster, check forger, impostor, and escape artist. He became notorious in the 1960s for passing $2.5 million worth of meticulously forged checks across 26 countries over the course of five years, beginning when he was 16 years old.  In the process, he claimed to have assumed no fewer than eight separate identities, impersonating an airline pilot, a doctor, a Bureau of Prisons agent, and a lawyer. He escaped from police custody twice (once from a taxiing airliner and once from a U.S. federal penitentiary), before he was 21 years old." 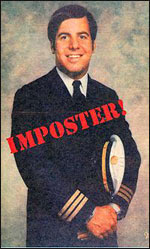 One of the most audacious con-men (con-teenager?) in American history, Abagnale flew for free on over 250 PanAm flights, impersonating a deadheading pilot.  He forged a Columbia degree and taught sociology at BYU for a semester.  He pretended to be a pediatrician at a Georgia hospital for almost a year.  For another year, after forging a Harvard degree, he passed the Louisiana bar exam and worked in the Attorney General's office.  All before he turned 21.

For the purposes of this blog post, though, we're going to forget about the book for a moment, and, in fact, let's forget about the real guy altogether.  In the film, the event that is alleged to have started Abagnale on his life of crime is the divorce of his parents, brought about by his father's financial ruin in the face of an IRS investigation.  Abagnale believes that his mother leaves his father because of the family's financial woes, and that if their lifestyle can be restored, everything will be returned to normal. 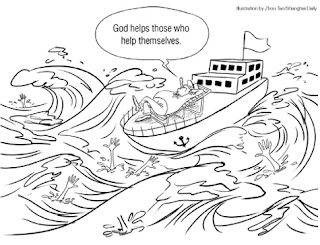 The lengths to which we will go for love are astounding.  Tragically, however, we feel like Frank Abagnale did:  we've got to earn it.  Abagnale thought of it in literal financial terms:  If he could "earn" (in his own way!) enough money to set the family's lifestyle right, love would return.  The IRS, in a sense, was holding love hostage.  Often, Christians think of God in this way:  Holding his love back until we earn it.  "God helps those who help themselves."  "Faith without works is dead."  I'll leave you with what are the most comfortable words in the Bible, words that Frank Abagnale probably could have stood to hear as a 16-year-old: