Frasier Crane, Forgiveness, and "One Too Many" 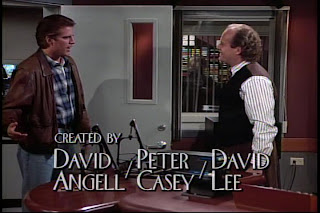 In the aptly-titled second season Frasier episode "The Show Where Sam Shows Up," Sam Malone (Ted Danson), Frasier's old friend and bartender from Cheers comes to visit him in Seattle. We learn pretty quickly that Sam's there running from his impending nuptials. He's engaged but afraid. As an inveterate womanizer, his basic argument is "ME? MARRIED?" When Niles (David Hyde Pierce) is horrified that Sam flirts with Daphne (Jane Leeves) while engaged, Frasier responds, "Of course he's flirting with her. He's a sexual compulsive. He flirts with everyone!" Those of us who know Sam from Cheers know this all too well (Kirstie Alley, anyone?). 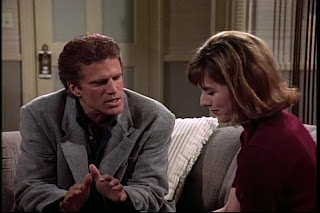 Through normal machinations of the plot, Frasier meets Sam's fiance, Sheila (Tea Leoni). When he sees her, he realizes that, only a few months ago, after she and Sam were engaged, he slept with her! He met her in a bar, and one thing led to another. She reveals that she is a sexual compulsive, too, and that she and Sam met at a 12-step meeting. Frasier decides, in the interest of saving their relationship, that Sam and Sheila should be honest with each other, and ask for forgiveness. "Honesty," he says, "is the cornerstone of any healthy marriage."

Sam confesses an infidelity to Sheila, and she forgives him. Sheila confesses an infidelity to Sam, and he forgives her. Everything seems to be back on track until Sheila says, "I have another one." "It's okay, don't worry about it," Sam says, "this is what it's all about...honesty and forgiveness." But then she says that it's someone from Cheers. Frasier, of course, is terrified that she's about to reveal their tryst. However, the name she blurts out is Cliff (Cheers' frumpy mailman, John Ratzenberger). "CLIFF?!?!?!" Sam explodes. This is over the line, he can't take it, storms out of the room, calling off the marriage. "CLIFF?!?!?!" This is too often how we think of God's forgiveness, and why assurance eludes us. 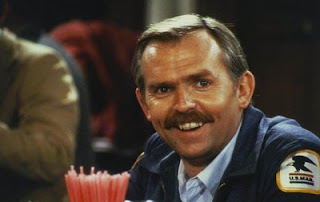 If God said, like Sam, "Oh, it's okay, don't worry about your transgressions," we'd always be worried that one day, one of our transgressions would be a Cliff. What then? What if it stopped being okay? But God doesn't say it's okay. Paul says that God "made you alive together with him, when he forgave us all our trespasses, erasing the record that stood against us with its legal demands. He set this aside, nailing it to the cross" (Col 2:13-14). He nailed our indiscretions, our infidelities, our trespasses to the cross. He paid the ultimate price, laying our sins on the shoulders of his son. He doesn't ignore them...he pays for them.