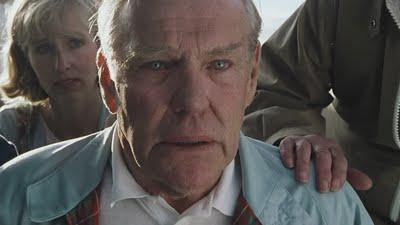 No word of law escapes Christ’s lips from the cross. Incredibly, the word of law is applied to Christ (“My God, my God, why have you forsaken me?”). We are freed, and safe. We don’t feel compelled to hide what Jesus has done for us, as Ryan hid what Miller did for him, because Jesus expects nothing of us. Our Savior doesn’t say, “Earn this.” He says, “It is finished…you will be with me in paradise.” Thoughts on Grace?
Posted by Nick Lannon at 2:45 PM